Nothing Is As Over As Christmas 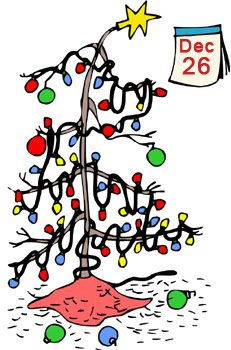 Click Here to Listen to the Sunday, December 26, 2010 Sermon by Pastor Chip Moody


Nothing is as over as Christmas.

What are we left with after the decorations are taken down and the gifts are returned for exchange?  Is it back to business as usual?  Yes, as it must be. Christmas every day would mean the end of Christmas. It would simply be routine.
But it should not be business as usual with our souls. We have just remembered and celebrated the most significant event of reality—the incarnation of God in Jesus Christ. It would be sad, but expected, that we  go back to how we were before we once again let Advent remind us of what is of first importance.
This is our annual opportunity to make a Promise to God. But to know what to promise God on this last day of the year, I would like to look at a decidedly non-Christmas scripture passage.
In it I believe we find not only the meaning of Christmas, but the meaning of life. And we find it expressed by one man who is perhaps more surprised than any other that he has a part in God’s family.
“I thank Christ Jesus our Lord, who has given me strength, that he considered me faithful, appointing me to his service. Even though I was once a blasphemer and a persecutor and a violent man, I was shown mercy because I acted in ignorance and unbelief. The grace of our Lord was poured out on me abundantly, along with the faith and love that are in Christ Jesus. Here is a trustworthy saying that deserves full acceptance: Christ Jesus came into the world to save sinners-- of whom I am the worst. But for that very reason I was shown mercy so that in me, the worst of sinners, Christ Jesus might display his unlimited patience as an example for those who would believe on him and receive eternal life. Now to the King eternal, immortal, invisible, the only God, be honor and glory forever and ever. Amen.”   1 Timothy 1:12-17
The Promise: Every day recognize Jesus as Savior.
We do it on Sundays as a church when we receive the Lord’s Supper. But you and I, individually, must every day set aside a moment to recognize Jesus’ coming.
How?  In your prayer closet, before your first cup of coffee, before you start your car on the way to work, at the moment you awaken. It doesn’t matter when. So long as it happens.
Jesus came into the world to save sinners, of which I am chief.
Posted by Mountain View Christian Church at 11:03 AM No comments: Links to this post 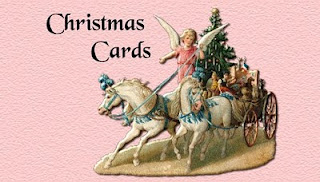 Click Here to Listen to the Sunday, December 19, 2010 Sermon by Pastor Chip Moody 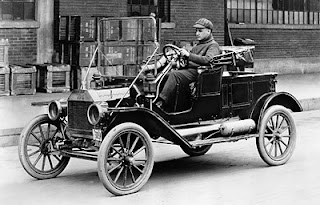 
Scripture References:  Job 29- 31, 38- 41 and Romans 5:1-8
When times are hare, it sure is easy to look back on the ‘Good Old Days’ through the tinted lenses of our imagination and memory.  Things must have been so much better then.  But, the truth is, the Good Old Days had their problems too.  Life is just hard at any age.
Instead of dwelling on the broken economy, on the things you no longer have, or on fears for the future, let’s take time to be thankful that our God gave us hope and grace through His son Jesus the Messiah.  The best way to get our eyes off our own woes is to serve others in their times of troubles.  As we celebrate Christ’s birth this year, here are some ways to put this in action:
1.       Take what you have, whether a little or a lot, and share with someone who has less than you.  Next time you are grocery shopping spend a little extra and buy a grocery store gift card.  As you leave the store, pray for God to show you someone who needs it.  Find a single mother with kids, an immigrant family, a homeless person, or just a shopper who looks like they may need help.  Hand them the gift card and say, “Merry Christmas.”  Then walk off and don’t let them know your name.  Just let the gift speak for itself.
2.       When you celebrate Christmas Eve or Christmas day this year, invite a neighbor over to join your family.  Have a present for them and a place of honor at the table.  This could be a lonely, elderly person, someone from your church, a needy family, or just a neighbor you need to get to know.
3.       Instead of spending huge amounts on Christmas presents for the family, take your kids and volunteer at a local ministry such as Neighborhood Ministries or the Phoenix Rescue Mission.  Donate money to one of these charities or to a local church ministry.  Teach your kids faithful service, sacrifice for others, and the value of people over things.
What better way to thank God for His mercy than to bring the Good Old Days to someone else.
God bless you and have a Merry Christmas,
Pastor Rodger.
Posted by Mountain View Christian Church at 12:29 PM No comments: Links to this post

Applause from the Ordinary

Click Here to Listen to the Sunday, December 5, 2010 Sermon by Pastor Don Allen

To help you reflect on the message of Jesus’ coming this season, consider these suggestions:

Posted by Mountain View Christian Church at 11:06 AM No comments: Links to this post

Jesus: King of Glory, Servant of All

in the time of Jesus birth wanted deliverance. But it did not want deliverance from sin and guiltiness before a God who wanted his children back in his arms.  They wanted instead political and cultural deliverance. After all, they were occupied by the Romans. Their leader, King, Herod, was a powerless puppet, a stooge for Caesar.  A nefarious Pontius Pilate was the treacherous procurator of --what the government now called a .
So many started following Jesus because they had high hopes--hopes that this new potential Messiah was also their
potential military general.  (Even his name, Y’Shua, was the name Joshua, reminding them of a hero that led into Promised Land.)  But many stopped following Jesus when they realized his true intention.
Jesus did not come to solve their political problems, nor to drive out the Roman soldiers guarding every street with sword and spear.  He did not come brandishing weapons of war. He did not come with a set of campaign promises to be forgotten after the election.  He did not come campaigning for general, national philosopher, or statesman for the Sanhedrin (the ancient Knesset).
Jesus of Nazareth was nothing that anyone expected, and few wanted.  He was not a King on a white steed marching gloriously into .  Instead he rode into on a donkey and told Pilate he was a King--but not of a kingdom in this world.  He also would not rule with an iron fist.  But would instead teach his followers that one would be the greatest by being least of all, by serving others.
The point of all the above being, who is the Messiah Israel should have expected?
I submit to you that the prophets were very clear in describing a Messiah who was to be a King--yet a king who suffers.  A mighty prince--but one who brings peace with God, not peace with .
Here is the King and Prince part:
“The people walking in darkness have seen a great light; on those living in the land of the shadow of death a light has dawned. . . For to us a child is born, to us a son is given, and the government will be on his shoulders. And he will be called Wonderful Counselor, Mighty God, Everlasting Father, Prince of Peace.  7 Of the increase of his government and peace there will be no end. He will reign on David's throne and over his kingdom, establishing and upholding it with justice and righteousness from that time on and forever. The zeal of the LORD Almighty will accomplish this.”
Isaiah 9:2, 6-7
And here is the Suffering Servant part:
“But he was pierced for our transgressions, he was crushed for our iniquities; the punishment that brought us peace was upon him, and by his wounds we are healed.  6 We all, like sheep, have gone astray, each of us has turned to his own way; and the LORD has laid on him the iniquity of us all.  7 He was oppressed and afflicted, yet he did not open his mouth; he was led like a lamb to the slaughter, and as a sheep before her shearers is silent, so he did not open his mouth.  8 By oppression and judgment he was taken away. And who can speak of his descendants? For he was cut off from the land of the living; for the transgression of my people he was stricken.  9 He was assigned a grave with the wicked, and with the rich in his death, though he had done no violence, nor was any deceit in his mouth.  10 Yet it was the LORD's will to crush him and cause him to suffer, and though the LORD makes his life a guilt offering, he will see his offspring and prolong his days, and the will of the LORD will prosper in his hand.”  Isaiah 53:5-10
All the political posturing of national leaders reminds me of an event in the NT:
Matthew 20:25-28  tells how Jesus called them together and said, "You know that the rulers of the Gentiles lord it over them, and their high officials exercise authority over them.  Not so with you. Instead, whoever wants to become great among you must be your servant,  and whoever wants to be first must be your slave--  just as the Son of Man did not come to be served, but to serve, and to give his life as a ransom for many."
So what does this mean for us?  How do we apply this message about the coming King so serves and suffers?
One word: Worship.
Holy, penitent, humble, searching worship of Jesus the Christ.
Philippians tells  us that Jesus, “being in very nature God, did not consider equality with God something to be clung to, but made himself nothing, taking the very nature of a servant, being made in human likeness. And being found in appearance as a man, he humbled himself and became obedient to death-- even death on a cross! Therefore God exalted him to the highest place and gave him the name that is above every name, that at the name of Jesus every knee should bow, in heaven and on earth and under the earth,  and every tongue confess that Jesus Christ is Lord, to the glory of God the Father.”
Bow in worship of this Christ who has come to serve and lead you. It is up to you.
Please, make it happen this Christmas.
Posted by Mountain View Christian Church at 11:19 AM No comments: Links to this post

Mountain View Christian Church
Phoenix, Arizona, United States
Mountain View Christian Church is a small community church located at 2927 East Campbell Phoenix, AZ 85016. We use expository, Bible-based teaching and have a mixed worship style with familiar hymns and modern praise. You are welcome to visit us Sunday Mornings at 10:00 a.m. Welcome to our community. Find us Facebook at www.facebook.com/mvccaz or follow us on Twitter @MVCCAZ